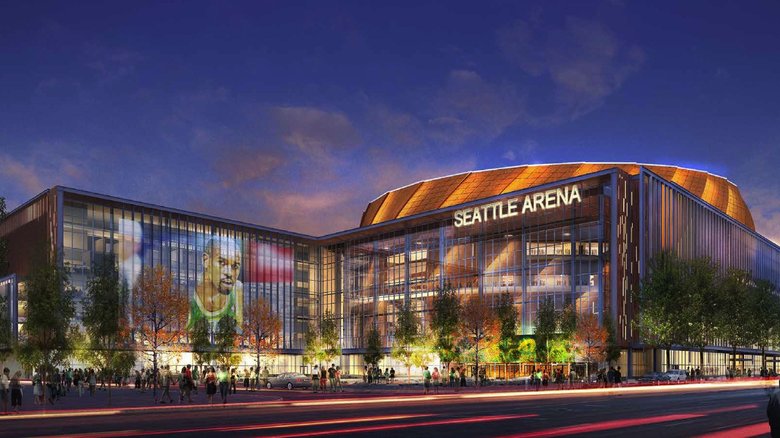 In 2006 the Seattle SuperSonics (Sonics) of the National Basketball Association were purchased from the Basketball Club of Seattle and, after many legal challenges, were moved to Oklahoma City. This left Sonics fans devastated and the City of Seattle without an NBA basketball team for the first time since 1967.

In 2011, die hard Sonics supporters and community leaders lead by Chris Hansen and Wally Walker decided to “Bring Em Back”. Since Key Arena (where the Sonics used to play) was considered obsolete by NBA standards, the first step of the plan was to build a new arena. The Vipond Group was called in to consult, strategize, acquire, assemble and manage the land necessary to build the arena, parking structure and surrounding amenities.

After completing our site selection analysis to determine the best site on which to build the new arena, the challenge became how to acquire enough contiguous land in an already developed, commercial-industrial area next to the two existing Seattle stadiums (Safeco Field and CenturyLink Field). Most of the parcels had been individually owned for many years by different families, and were either being used for their businesses or were leased for income. Furthermore, very few parcels were even for sale so everything had to be acquired “off- market”. Upon completing an extensive due diligence review with regards to title, survey and environmental issues of the targeted properties, one by one we reached out to the landowners in the area.

Because of the proximity to the existing stadiums and the fact that the area was in the clear cut path of development, most of the sellers were reluctant to sell at any price. Those that would entertain a sale had a very inflated perception of their property’s value. To make matters more difficult, once we started acquiring the parcels we had to deal with a lot of media attention that further pushed potential sellers’ expectations on pricing.

Eleven years later, after hundreds of phone calls, extensive negotiations, and multiple cups of coffee we have acquired and assembled 21 land parcels (13.66 acres) all the land needed to build the potential NBA arena, parking structure and surrounding amenities.

This assignment is currently ongoing as the ownership group continues to negotiate with the City of Seattle and the National Basketball Association (NBA).