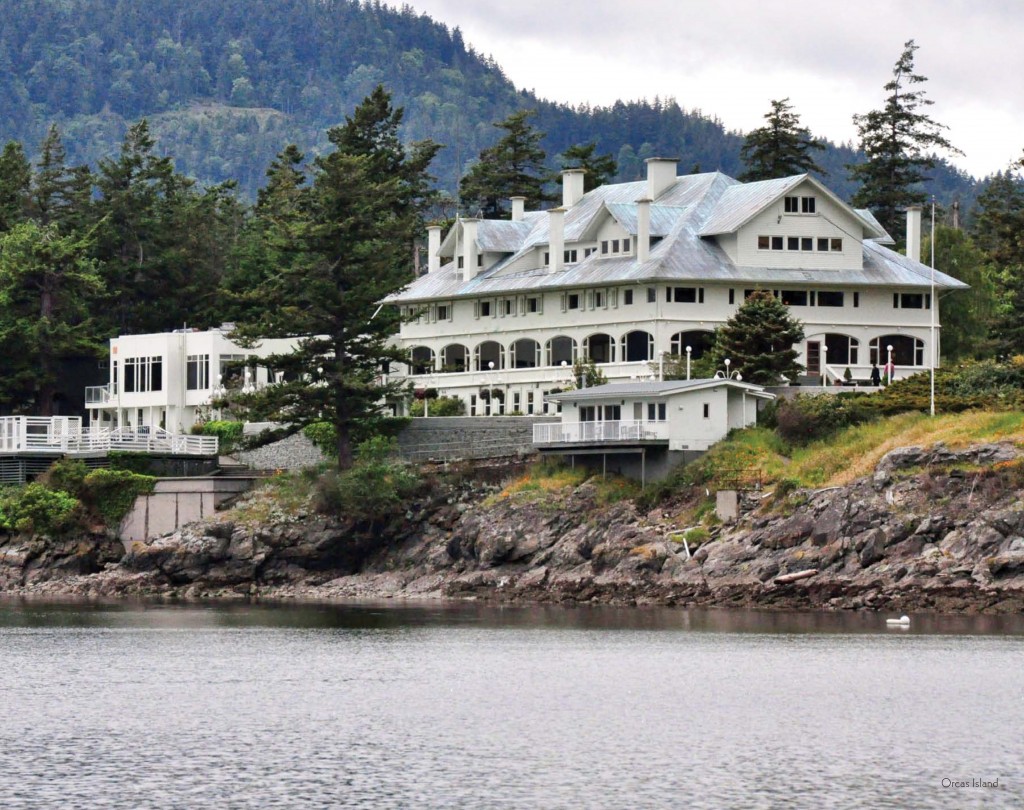 Originally, Olympus Real Estate Partners bought the Rosario Resort and Marina in the San Juan Islands of Washington state as an investment for redevelopment. Known as the “Gem of the San Juans” this iconic property consisted of 73.8 acres of waterfront real estate which included the historic Moran Mansion (25,000 sf), a marina, hotel, conference center, museum, spa, restaurants and retail space, and an entitled condominium redevelopment master plan.

When Olympus originally acquired the property it was in need of an extensive overhaul and remodel. Their plan was to obtain an entitled Resort Master Plan for redevelopment (which they did in 2007). The plan allowed them to restore the Moran Mansion to its original splendor while adding to or improving its existing spa and restaurants, fitness center, swimming pool, clubhouse, penthouses and luxury guest suites. However, a major component of the entitled redevelopment plan was that it allowed them to develop waterfront cottages and “mini-mansion” flats featuring breathtaking views of East Sound. These residences were targeted for high end fractional ownership.

The new entitlements also allowed them to develop cottages and condominiums overlooking the Marina. The plan was to target these for sale to upscale fractional and whole ownership buyers. In addition, there was a plan to expand the existing Marina to 165 slips. This would accommodate water shuttle service, commercial seaplanes and private yacht berthing coupled with retail and marine support facilities.

Unfortunately, their plan took longer than expected getting through the San Juan County bureaucracy and by the time they had secured the entitlements the country was in the throes of a recession. By this time the demand for the high end condo market had disappeared. They listed the property with a conventional hospitality brokerage firm, but they were unable to secure a buyer. Eventually they wanted to explore the potential of an auction and they called us. We were brought in as the Washington partner of Tranzon Asset Strategies to market and sell the property.

Since the property had already been marketed extensively to hospitality based purchasers for a relatively long time, we felt that the listing might be getting stale. As a result, we felt that we needed to get the attention of the other classes of real estate players in the market. We proposed the concept of an “absolute auction” (no minimum bid) and it was agreed to by the client. We felt that this process would insure the most interest in the least amount of time, and the economy was heading into a deep recession and we needed to move fast.

At the outset, we faced many logistical challenges as the property was on an island (Orcas) and could only be accessed by boat or plane. In addition, the public ferry service was unreliable and took the better part of a day to get there. The San Juan locals were also protesting (both physically and in the media) that a potential auction sale would invite outside developers to their island who would not be good stewards of the land.

During our marketing process we conducted three separate property inspections, with the last inspection on the day before the actual auction. Because the resort was so iconic, we alerted the Seattle media and they visited the resort and subsequently ran several television and newspaper stories creating interest about the sale. To insure that our best prospects actually made it to the auction; we rented a seaplane and flew them in from Seattle right to the dock at the marina. The views from the air were outstanding and helped create excitement in the potential bidders.

We had several qualified bidders on the island at the final inspection the day before the auction. The prospects came from as far as the east coast, and consisted of a range of buyers from individual investors to private equity funds. Everything was going great, it was a beautiful sunny day (rare in Washington) and then we noticed that everyone was suddenly crowding around a television in the foyer of the bar watching CNN. Much to our chagrin, both the Dow Jones Industrial Average and the S&P 500 were experiencing their biggest one-day point drop in history when the House rejected the Wall Street bailout bill.

Within minutes, we were summoned by several of our private equity fund bidders to fetch the sea plane as they needed to get back to the east coast. However, several of our other bidders still remained as they were excited about getting a deal, especially since the financial markets were roiling and potential bidders were dropping out. The next day, under guard supervision due to the protesting locals crowding the entrance to the mansion, we held the auction. That morning, just before we began the auction process, a private yacht quietly entered into the cove and moored at the marina.That yacht was captained by our winning bidder, who was not in the hospitality industry, and who prevailed after two hours of spirited bidding. Within days the cold darkness of the great recession set in completely and the real estate market in the Pacific Northwest came to a standstill.