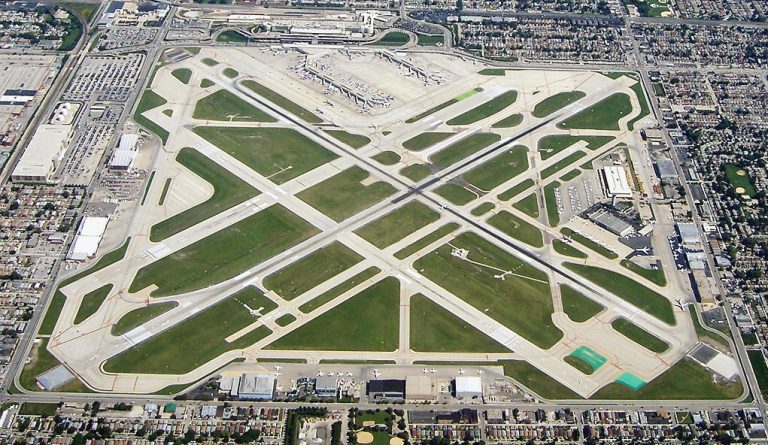 Con-Way Transportation Services and its parent company CNF Properties Inc. owned a 26.6 acre site (158 door motor freight terminal just south of Midway airport in Chicago). The companies were no longer in need of the land or terminal for their motor freight operations and were anxious to sell it. The site sat next to the famous Tootsie Roll factory (which was a portion of the former Dodge Chicago Plant) on the south side of Chicago.

We were called in to assess the value of the property and if possible, to find a buyer. Although the area was zoned heavy industrial at the time, the area was in the process of upzoning. We felt that an airport related use was the highest and best use and could potentially bring the best price. As a result, we reached out to the various airlines and industries that had terminals at or supported Midway airport. At that time, Home Depot and its competitor Lowe’s were just starting to emerge as popular national home improvement brands. Our analysis told us that they would perfect candidates for this site, so we quietly contacted them as well as a host of other users to gauge their interest. As a result of our marketing efforts, we received interest from both Home Depot and Lowe’s and we were able to use this as a basis for valuation to leverage and negotiate with our eventual purchaser.

Our research also indicated that American Trans Air (ATA) was the second largest carrier at Midway and represented 25% of the Chicago airport’s operations. We also learned that it was outsourcing its training programs for pilots, attendants and mechanics to other airlines and was the largest airline in the US without a training facility. Furthermore, we had heard that during an earthquake in Seattle, some of the Boeing flight training simulators had been damaged. As a result, ATA was having trouble getting its mandated training time on the simulators. As result, we reached out to ATA and opened a dialogue with regard to their needs and began to rough out a deal.

The City of Chicago and Mayor Daly began to take notice as they believed that a training center would be a major economic catalyst for the southwest side of Chicago, and that it was the kind of development that they were looking for to attract more service oriented businesses. They also predicted the development and expansion of ATA’s operations would create about 2,500 jobs. To support the sale, they were ready to provide grants and bond assistance to the airline to help finance the project. ATA’s plan for the property was to build a $100 million dollar training facility with two GE Flight simulators to train pilots for the then new Boeing 737 and 757 aircraft. They also planned to build a 100 room hotel to house employees.

Through our attorneys, we worked with Mayor Daly’s office and eventually sold the property to City of Chicago who planned to lease it back to ATA for its intended purpose. At the time, this transaction was one of the largest individual transportation sales ever completed, forecasted to make ATA one of the City of Chicago’s largest single employers.